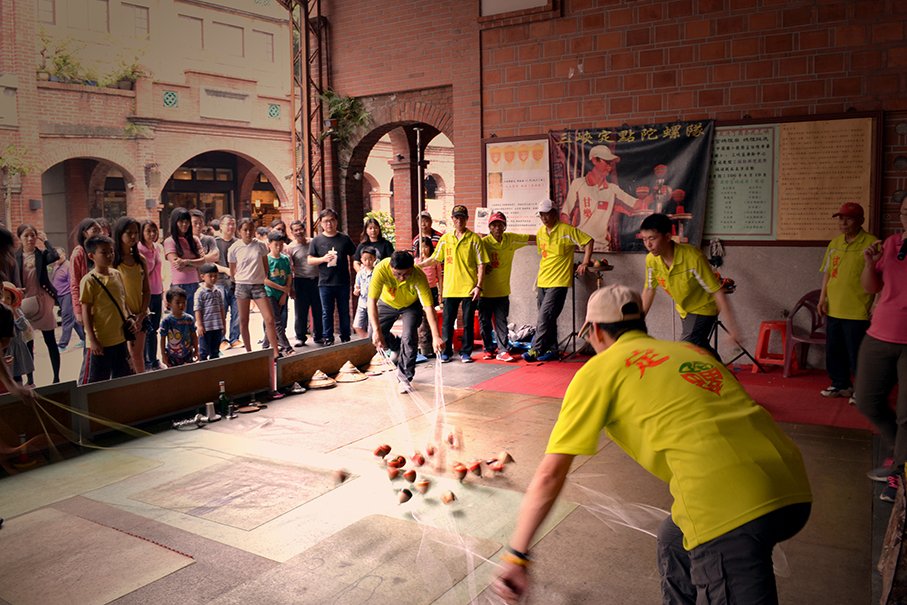 Throughout the world baroque-era architecture has been closely associated with European colonialism, and Taiwan is no stranger to either. Along the Sanxia Old Street in Taiwan, beautifully preserved baroque architecture from the Japanese era can still be found. The dramatic contrast of light and shadow found in these buildings have provided the perfect environment for a group of locals to pursue their craft.

Dubbed by the internet as the “Spintop Snipers”, this group of Taiwanese and Chinese descent have been practicing traditional spin tops for more than 40 years. Having nearly perfected pinpoint landings, the team has developed their hobby into a performing art using intricate platform towers, 10-foot-long metal wires, and even helmets and the palm of audience members.

Observe the fruits of their hard labour and the breathtaking spin top magic that puts fidget spinners to shame!